Friday News – Highlights of the Year 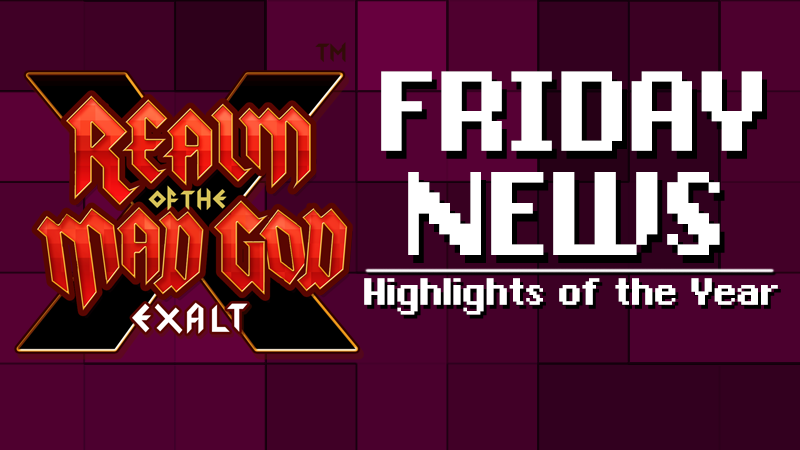 2021 is coming to an end! We want to thank you all for being a part of this amazing community. Helping us every day, improving the game, and pushing RotMG even further! We are very excited to see what the next year is going to bring to our beloved bullet shooter.

On the 31st of December, we have a pack to get you started in 2022 – New Years Free Pack – you have time until the 5th of January to collect it. You will find the following items in the Pack:

Today we want to have a look back at the year 2021 and what happened. Let us start with some amazing news we would like to share. We have new members that just recently joined our Future Seeker program. If you are not aware of what this program is, you can find out more about it on our blog page. We want to thank the Seekers again here since they are a big part of our effort to increase the overall game experience. We want to grow this program further and there are still some slots left that are going to be filled in a while. So if you did not apply yet, feel free to do it now! If you already applied and didn’t get in this time, you don’t need to do it again.

While we are at it, we also want to say thank you to the whole Discord Team for their work provided in 2021. They are doing an amazing job at providing help to everyone who comes and joins the discord. There are monthly events with prizes and you can share all the feedback you gather while playing the game. So if you are interested to talk with other players, come join the discord.

One of the most exciting features we develop are new classes. Earlier this year we released one of our two new classes. The Summoner spawns her own army of minions to take down any kind of foe. Releasing a new class is always exciting for us and it wasn’t different this time. Designing a new unique playstyle teaches you a lot of the possibilities the game offers you.
You haven’t played the Summoner yet? Well go and unlock the class by reaching level 20 on Sorcerer and Mystic. 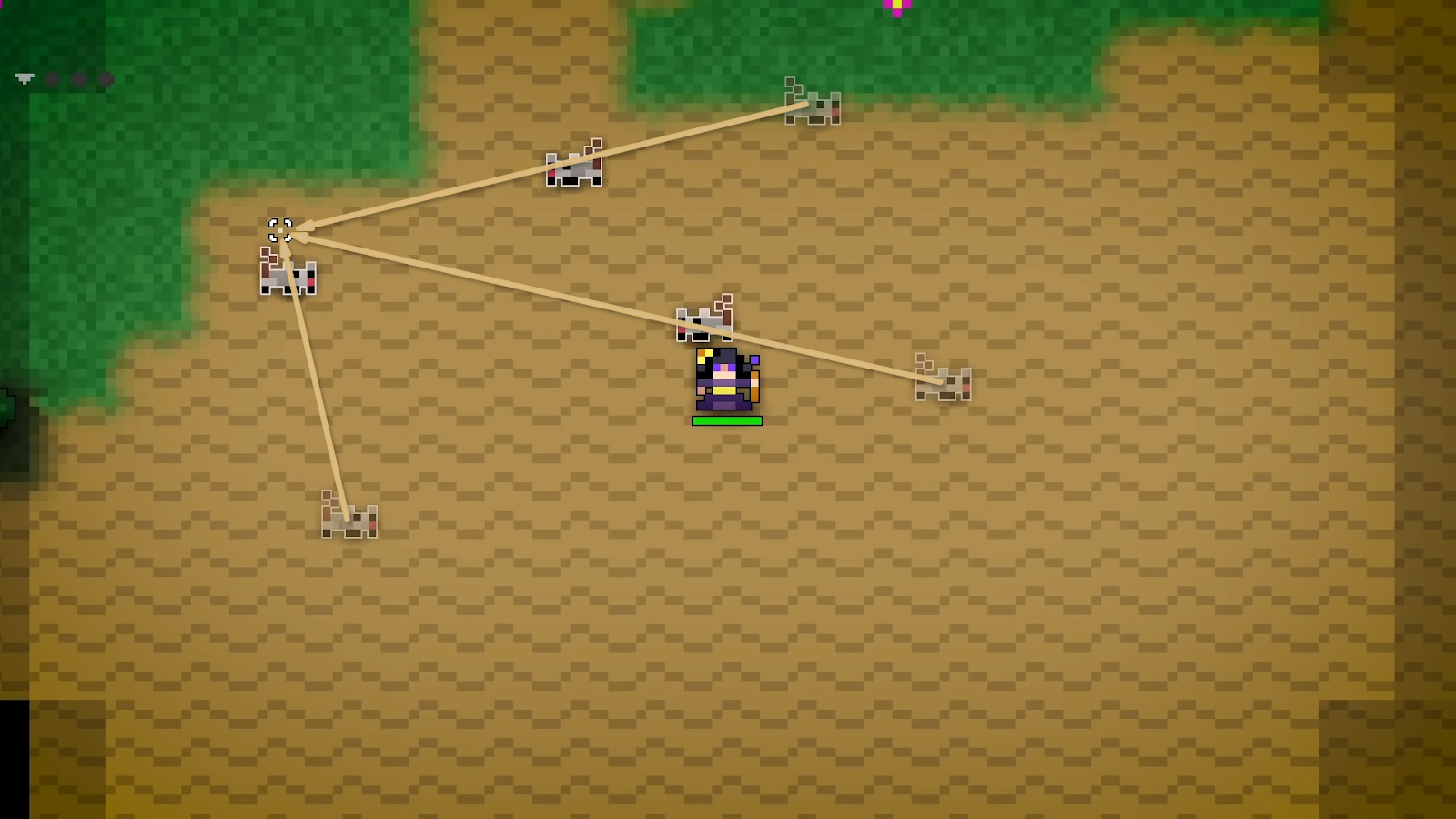 Just recently we have added a new addition to our Class Collection. The Kensei arrived on the Battlefield just a while ago together with our Oryxmas Event. Kensei is the 18th class in the game. He dashes and slashes enemies at close range to bolster his combat effectiveness. He uses a special kind of ability, the Sheath. To unlock him, just reach level 20 with Trickster and Ninja.

This was a much-promised feature that finally returned to the game after a very long absence. We released it with the Month of the Mad God update as an experiment, and it ended up staying in the game permanently. So far not all UTs are tradable as you may know but there is always a chance for changes. To check out the ones you can trade, please visit this MotMG update post.

One of the most requested things over the years was for sure rework of the Shattered Kingdom. After months of planning and developing, we were finally able to present to you our new endgame experience, and looking at numbers and feedback over the past months, it was a good thing.

We wanted to create something rather unique and special besides Oryx’s Castle. We split the dungeon into different acts with a boss for each one to increase the difficulty. We also increased the unique enemy count by a lot. Our goal was to deliver an endgame dungeon that holds great rewards, that is worth it to risk it all, and to venture out to clear it.

Some of those items are things like the 3 original UT rings, which we buffed.

From your initial feedback we iterated on it and we hope you find the Shatters to be rewarding in both a literal sense and for the fun of the challenge. Please keep providing us feedback as we plan to do further changes based on the feedback.

To find out more about all the changes to Shatters, watch the Blog!

2021 saw the introduction of our Dungeon Modifiers. A system we have extended until now by a lot. It is offering a new way for players to get rewarded by increasing the difficulty of the dungeon. There are several positive but also negative outcomes. While the positives are going to make sure that you are getting an easy time in the dungeon or overall different loot, the negatives might make the dungeon way harder.

Here is a small example:

We split the difficulties and Mods you could get on a dungeon into Grades.
Do you want to find out more about our Mods? Visit the Blog Post.

Just recently we also added new Dungeon Mods that can additionally run while we are having things like a chest event going. One of the most interesting mods is the Wanderer Mod.

The Wanderer appears after defeating the Boss. It has its own unique loot table and can be rather hard depending on the difficulty. We are still going to develop this system even further and plan add new modifiers regularly.

Together with the Summoner, we also released the reworked and reconstructed versions of the Sprite World and the Deadwater Docks. Let’s start with the Sprite World. We completely redid the visuals of the dungeon and expanded on the dungeon’s abstract style. The goal was to make the dungeon more interesting to navigate which we improved by adding a bigger enemy variety.

We didn’t forget about Limon either. She got reworked as well and received multiple different phases. 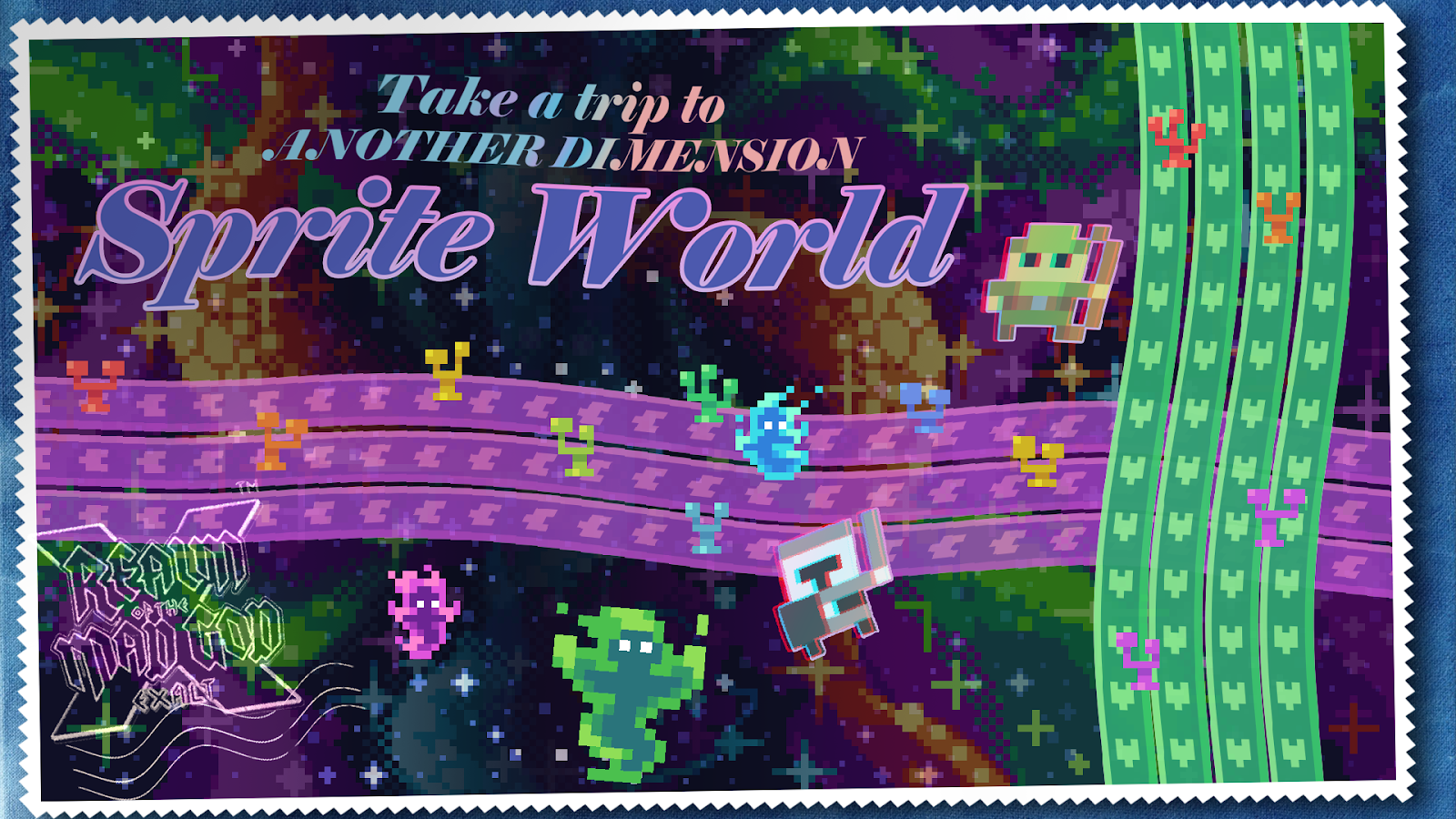 We also made Deadwater Docks, catch up with the Pirate Cave in regards to reconstruction.

Something that used to be bland was turned into a gloomy, fully realized pirate colony. We improved the enemy variety by a lot, added environmental hazard,s and elevated the fight against the new Pirate King Jon Bilgewater.

We are trying to implement some degree of environmental storytelling into our reconstruction to make the dungeon feel more complete.

To access the Deadwater Docks you have to beat the Corsair Crab. A new god we introduced with the rework.
We can already tell you that soon, more dungeons can expect small reworks.

We also saw some changes to the Stars system and Fame in general. Due to Fame changes, it was way easier for players to get Stars which is why we changed that. We wanted to make Star Ranks more aligned with your mastery over a class, and we decided to introduce some important variations to how Class Quests are unlocked.

For Fame, we went ahead and removed the gain per minute completely. We introduced other ways to gain Fame. In short, assuming you are level 20, you are going to gain 1 Fame every 2000EXP. More on that at the Blog.

We also restructured the whole Shop and we are now the proud owners of a new one!

Now you are able to browse through Skins and have a better look at all of our running promotions.

While the old shop was often confusing and not that easy to navigate, now everyone should be able to find the item he desires. You can also expect the shop to be expanded even more in the future! 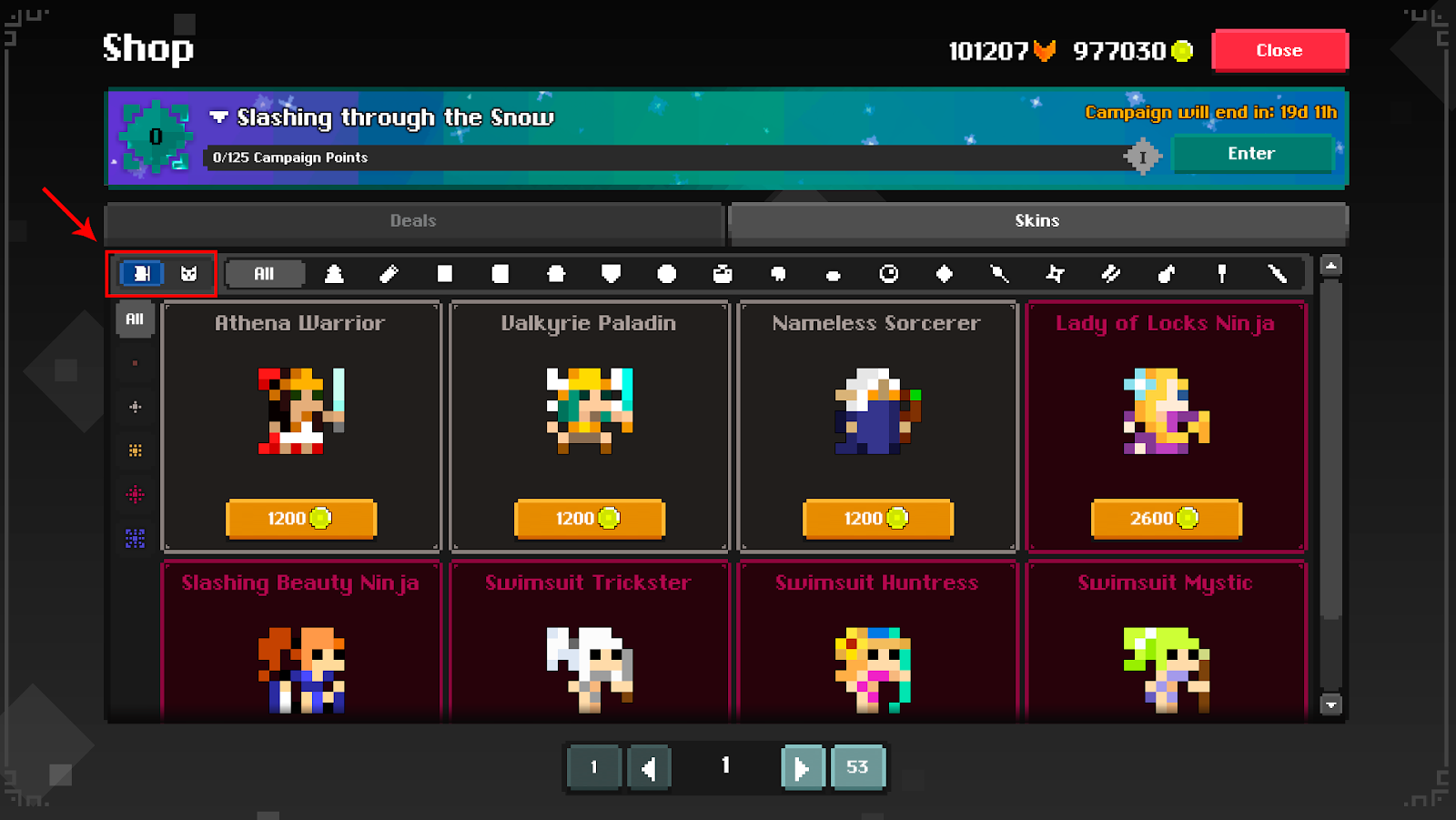 The Summoner Update also added several UI Improvements to the game. One of those being the new Notification System. We moved information usually posted in the chat, and added a new area for it.

One of the reasons for this addition was to remove clutter in the chat. Now you can see who died and who opened a dungeon in a new cool-looking window! 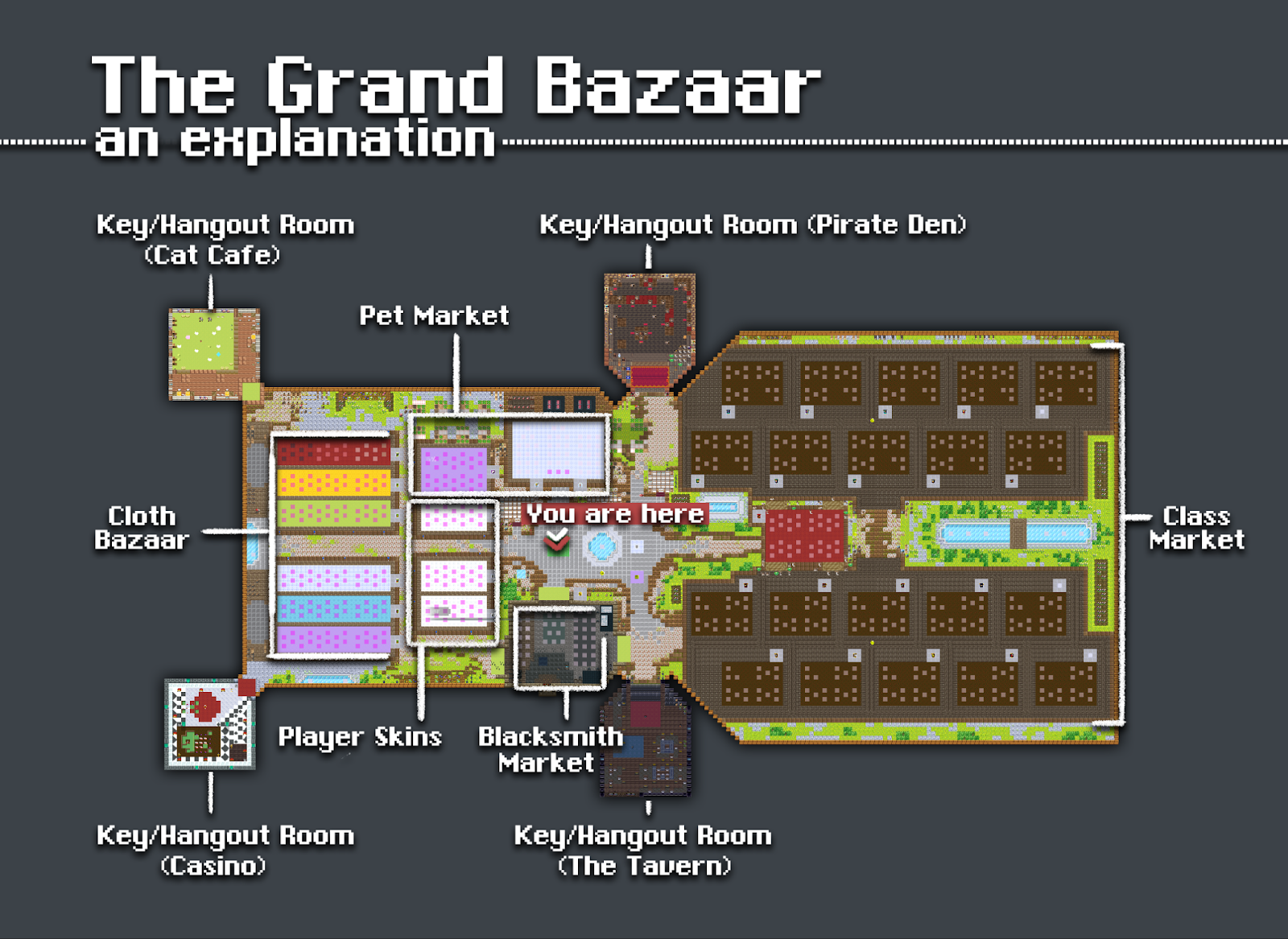 While we reconstructed a lot of dungeons during 2021, we also kind of replaced the old Cloth Bazaar. We split the whole Area into 4 thematic rooms. You can find different sections depending on your need. One for Pets (including food, eggs, and pet skins), blacksmiths (including ores, nilshards, and blueprints), cosmetics (character skins, dyes, and cloths), rings, and also a section for each class.

Overall we really hope that you like this new place to meet up with your friends and jump into some of your favorite dungeons together.

Together with the new Bazaar, we also introduced a new way to obtain Blueprints. They are now available in a rotation that changes from time to time. You now have several ways to obtain them.

Periodically, the quests will be updated with subsequent Blueprints. To find out more about this, have a look at the blog.

An important work where we always try to include as much feedback as possible from the community, is dungeon events. As you know we are running a lot of them. Pretty much every week there is an event going on that you can take part in. Maybe a chest event? Or do you like to get more EXP and Loot from a dungeon? The team makes sure that you are getting rewarded for your work.

The team puts a lot of effort and work into making sure that you, the players have fun and get the items that you might seek.

Obviously, our main goal is to make our 3 big events engaging for everyone. We always prepare a big amount of different events that change regularly and share an event calendar with you to make sure you always know what’s going on.

Now with the addition of more Dungeon Mods like the Wanderer, we are able to make this even more engaging.

Before MotMG we released our first Lore Event. Before we actually launched it, we also showed all of you a nice sweet teaser.
Players were able to collect several different book pages spread around different dungeons.

Additionally, players were able to complete different tasks to gain points. Together the community was then able to unlock some tasty rewards. 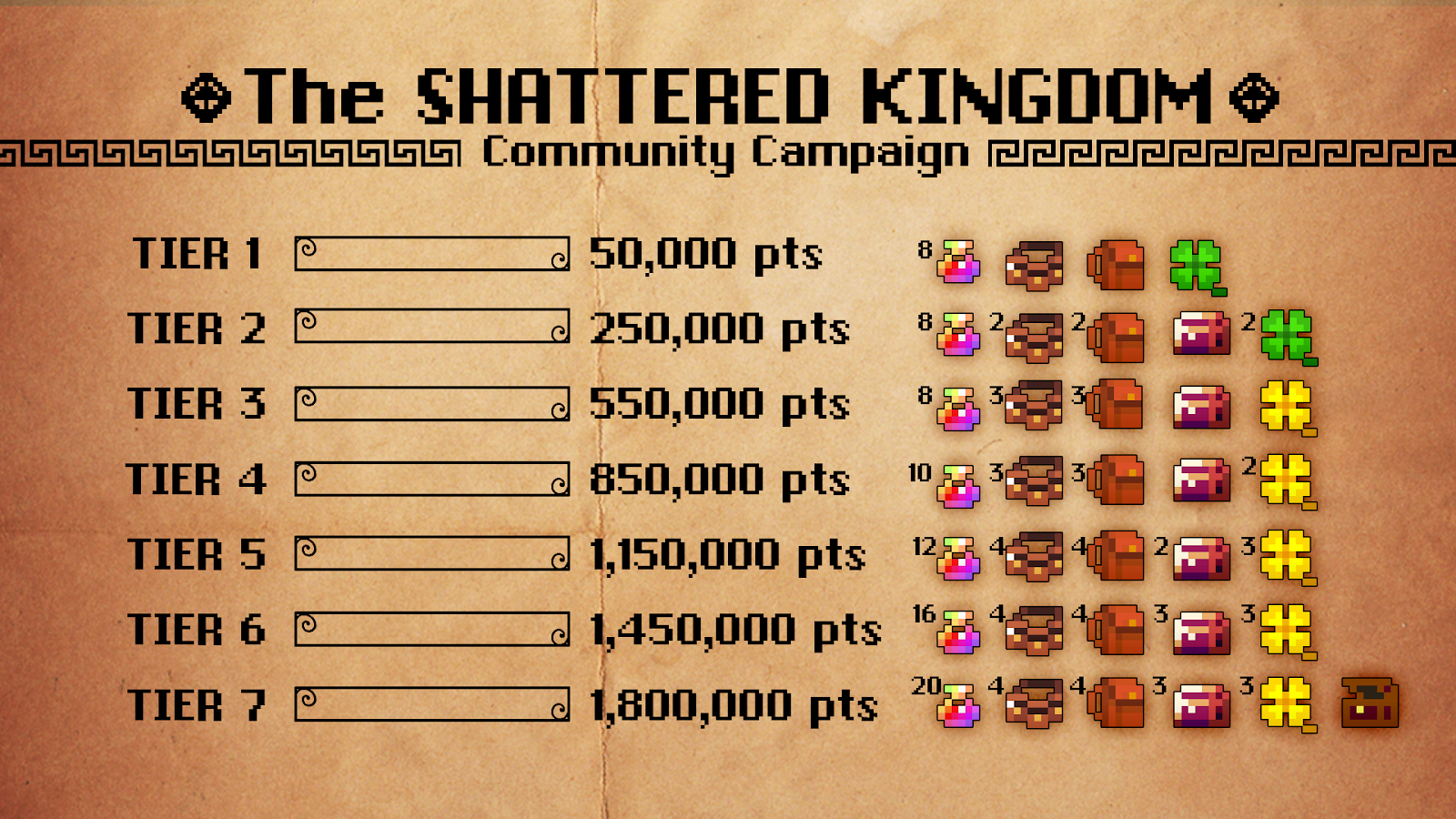 With the addition of animated cloth, we have also released a Wardrobe that makes it easier for you to customize your character and choose your favorite unique look. We wanted to give players more options on how they are going to design their character and also allow them to preview certain looks without spending any kind of currency first. We think that this gives everyone a chance to stand out more.

Changes to the Support

We received a lot of feedback regarding our CS policies and how we handle tickets and requests. A critique point we often receive is the number of bans we do and our communication regarding bans. This is something we try to improve as much as possible. We have increased the number and frequency of ban waves, to make sure that cheaters get removed quicker and more often. Now, more than ever, we are focused on understanding the player’s point of view and taking care of their satisfaction! 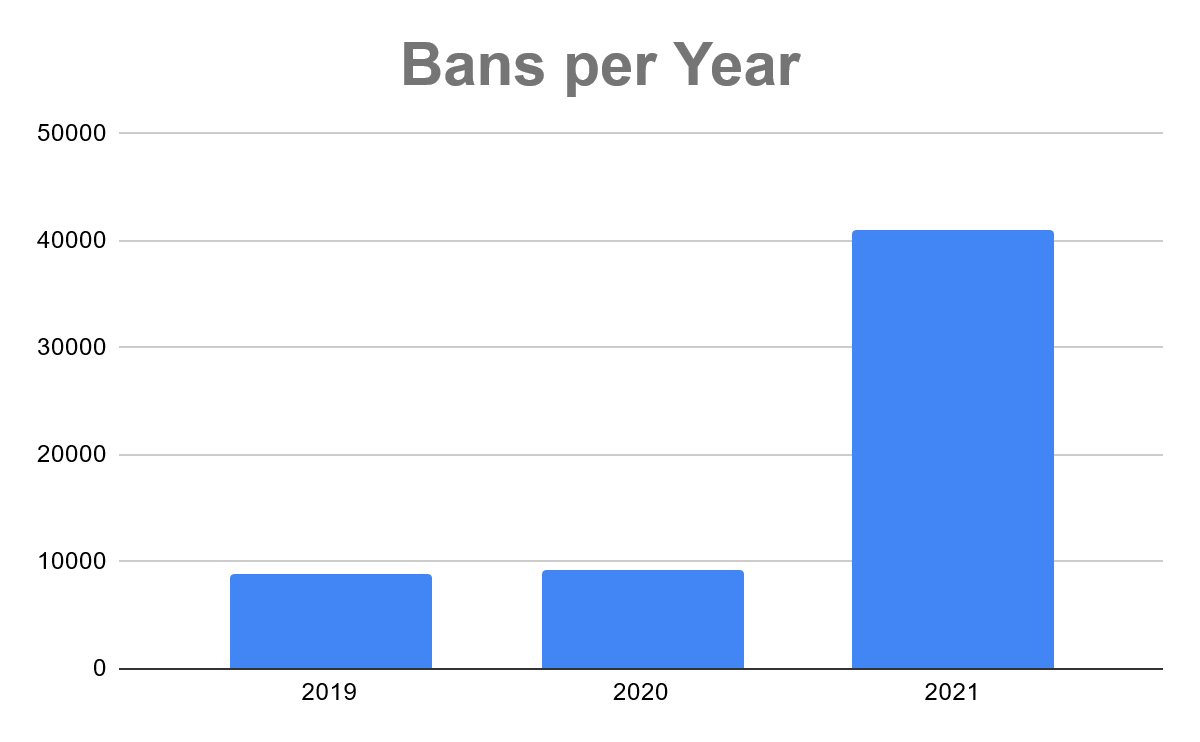 Let’s use this time to also remind everyone that you are still able to purchase the new Veteran Skins, if you fulfill the requirements.

Players with accounts created before 2014-12-14 08:00:01 will be able to get this collection for 2555 Fame. We wanted to have something in the game that rewards the most loyal players of Realm. It is still available until the end of Oryxmas and is going to be available for every of our big events over the year.

Special thanks go to NblankFour for his collection up to Summoner!