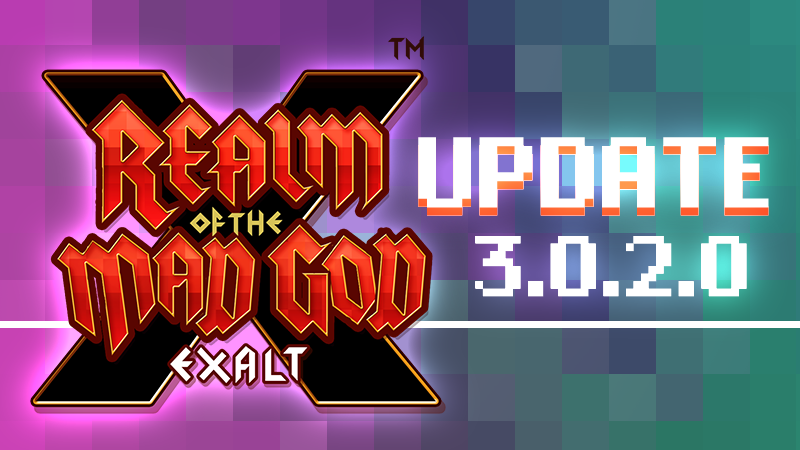 It is time to ring the bells for the end of the Month of the Mad God! We all enjoyed weeks full of events and fighting the Syndicate. We have received a lot of feedback regarding the Interregnum event and the Mercenaries fights. More on how we will proceed with this event in the future down below. Also, don’t forget to turn in your Marks and Black Coins! We are extending the time you can turn them in, but after that, they will not have any use.

Mercenaries have been removed from the Realm, they can still appear in dungeons as a dungeon mod. You can use your Interregnum Keys that you still have left anywhere, new keys do not drop for now. Here is a detailed overview of the changes:

About Interregnum Marks and Black Coins

If you have a Hidden Interregnum Key or stacks of Black Coins, we suggest you trade them for rewards at the Tinkerer as you won’t be able to use it.

The Shady Vagrant has left the nexus and the realm, satisfied by your work. We suggest you use this time to exchange your unused Black Coins and Interregnum Marks as you won’t be able to use them anymore for the foreseeable future. While it’s possible we bring the event back at some point, we probably won’t use the same mechanic.

For that, we are extending the time of the quests by 1 week.

We suggest not keeping these items as they won’t be usable in the foreseeable future.

The following pack will be available in the shop for all players starting from today, until the 13th of September. The pack is a reward for not only reaching the goal for the Syndicate Infiltration Event but surpassing it with a whopping 206.232 points! 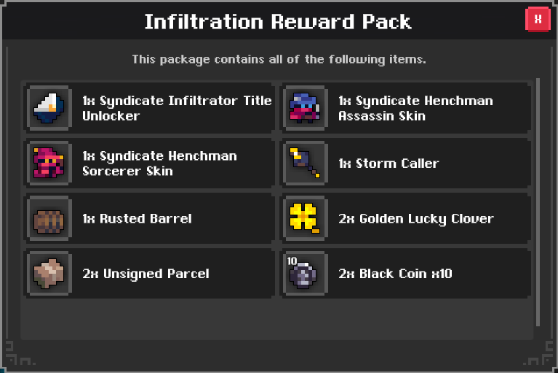 As for the Top 10 000 Infiltrators, there was definitely some steep competition for top placements. Before sending out the rewards, we would need a few days to verify the final results, and make sure everything is correct. Once we have the final placements and all rewards have been sent to your Gift Chests, we’ll make sure to inform you via our usual socials