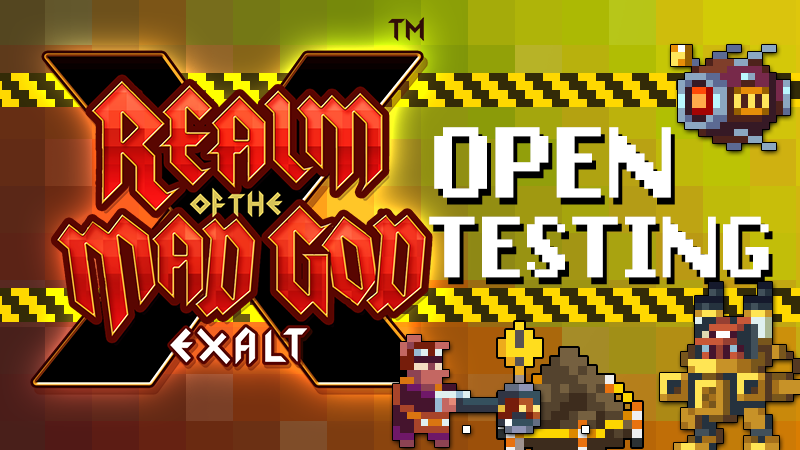 Starting today until Monday 9AM CET, we will feature a new Public Testing session, in which you will be able to once again test our new endgame dungeon: The Steamworks.

The Steamworks is a new dungeon coming to Realm of the Mad God. Its Difficulty level is 8/10, which makes it a very difficult dungeon apt only for the well prepared.

Note: The content for this PT is work in progress. There are placeholders and unfinished art, and is not representative of the final content you will see on release.

The Steamworks is a huge factory, well hidden from prying eyes thanks to the use of advanced technology.

The Steamworks is composed of several different rooms. Each of them has a different function and shape, but all of them have dangerous environmental hazards that will make you think twice before crossing them. In the Steamworks, the rooms themselves are part of the challenge. Learning how to navigate through them and make the best use of your class’ ability will prove to be a true challenge in itself.

What’s new in this Public Testing?

and on the following PT we have a bunch of changes including:

Since the last PT the items have had the following changes: