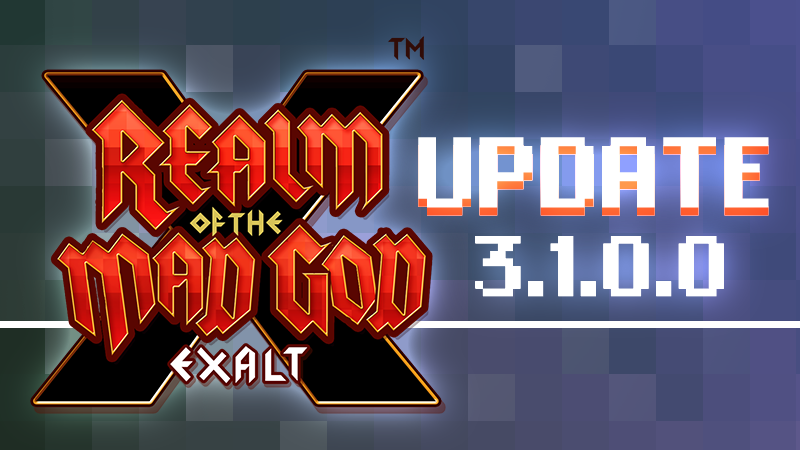 Time is running and we are getting closer to the end of the year. Recently Month of the Mad God ended and also our Back to School Event found its end. Now its time to jump into the Shatters Rehearsal Event! Fight our three Shatters Bosses separately, learn their mechanics and receive some of the new loot! You can find out everything you need to know about the Shatters Rehearsal, new ST Sets, Battlepass Season 2 and so much more down below.

We know some of our players might want to learn Shatters, but find learning not one but three bosses a bit overwhelming. Thinking of them, we have decided to create the Rehearsal Dungeon Mods for Shatters.

Rehearsal mods cannot be accessed normally nor through key refining. For the moment you will be able to access these mods during special event periods like the one described below..

The regular loot from the Shatters will not drop from a Rehearsal Version. Instead, the Rehearsal Shatters have a chance of dropping Rehearsal version of the items. These items have similar mechanics, and albeit powerful on their own, they aren’t as powerful as their “true” counterparts from the regular Shatters.

At a time different from this the King was looking for ways to improve the fighting skills of those allied to him, as well as his own. Relentless training was not as effective as he had hoped, nor as enjoyable. So he turned to his trusted love for advice.

The queen was quick to act, devising an efficient plan. She would summon all who deem themselves worthy to personal fights against the king or one of his allies.This provided the king a flow of training dummies, while skilled fighters would be invited to his army.

From the 4th of October until the 25th of October you will be able to take part in our Shatters Rehearsal Event.

The Event is separated in three different parts, each lasting 1 week starting and ending on a Tuesday. During each week a portal will be spawning in the Realm leading to one of the Shatter Rehearsal Versions. A portal to the rehearsal dungeons will be available once per realm upon defeating all Ghost Kings or defeating all Ent Ancients.

Every week a different boss can be fought so get your weapons ready and sharpen your skills to beat the bosses! You will not be able to acquire Exaltations from these dungeons and the normal Shatters Loot is replaced with the Shatters Rehearsal Items.

During Week 1, the portal will have the following mod:

During Week 2, the portal will have the following mod:

During Week 3, the portal will have the following mod:

While some players will be rehearsing with a specific boss, others will have the chance to compete and prove they have mastered the secrets of the Shatters. During these three weeks players will compete for a top place on “The Shattered Leaderboards” by showing the amount of Bridge Sentinels, Twilight Archmages and Forgotten Kings they have killed in the normal version of the Shatters.

Each kill on a boss will be equated to points. The Bridge Sentinel gives you 1 point, The Twilight Archmage 2 points and the Forgotten King 3 points.

Players will receive rewards based on their placement on the Leaderboard at the end of each week as well as at the end of the whole event.

For the first week based ONLY on The Bridge Sentinel kills during the same week:

”the Slayer of Sentinels” Title

For the second week based ONLY on The Twilight Archmage kills during the same week:

The Top 1k Players will receive  –

For the end of the third week based ONLY on The Forgotten King kills during the same week:

At the end of the third week based on overall score during all three weeks:

”the Destroyer of Shatters” Title

The Top 100 Players will receive the very unique –

You can follow the placements on all leaderboards here. The rewards from the competition will be provided to players once the event ends.

In addition to all of this. During all three weeks of the event the non-rehearsal version of the Shatters will give you 1.5x Loot and EXP. There will also be a 25% chance to spawn another Shatter after defeating the Forgotten King.

This batch of STs is themed around those dwelling within the murky swamps and the things they do away from prying eyes.

The Shaman Necromancer is a ST Set based on a “glass cannon” playstyle. One of the peculiarities of this ST set is that there are two rings in it, so the ST set is not made of 4 items but 5. You can pick which ring to use depending on your preferred playstyle, and will still give you the set bonuses.

The weapon, Shaman’s Staff, fires out 1 main projectile and 1 multi-hit subattack that curves in from the side. The Ragged Robes also complement the set with some stat boosts, though the set is very balanced towards the offensive side.

The ability Ritual Skull summons a Ritual Circle on the ground dealing AOE damage to those within, and more damage the closer the enemy is to the skull at the center.  Also, depending on which Ring you wear, a new function will be added to the ability: The Fang Necklace adds a Berserk Buff, while the Soul Gem Amulet adds a Slowed debuff. Swapping the rings will also slightly change the skin and projectiles!*

The Alchemist Assassin forgoes his blade in favor of his trusted toad companion, the Toxic Toad, which shoots out poison grenades.

No longer needing a regular poison, the Alchemist opts for a Makeshift Blowpipe, shooting out more projectiles if they are wearing pieces of the ST set. These Blowpipe darts can take advantage of the higher Damage Boost provided by the Toxic Toad. The Protective Gloves allow for better handling of the Toxic Toad, giving it a 20% to shoot out an extra Poison Grenade.

The set is completed with a leather armor fit for an Alchemist, the Alchemist’s Disheveled Garbs.

With the introduction of the 2 new ST sets, it’s only natural to share some details about the Horror STory II! Starting with the release until Oct 17th at 12 PM CET. Once the campaign ends rewards will be redeemable until Oct 20th at 12 PM CET. Each shop purchase and direct campaign donation will also progress you in the new campaign. In the campaign, just like last time, you will find Mythical ST Chests and Mythical ST Gems which will help you in forge the new Shaman Necromancer and Alchemist Assassin ST sets.

Shaman Necromancer Set Tokens among other things. Combine such a token with some Mythical Material and Forge Fire to get a new 3rd Gen ST item! The Mythical ST Gems, on the other hand, can directly be exchanged for one of these precious Set Tokens at the Tinkerer’s.

The solo keys are also back. Will you once again accept the challenge and face the enemies alone?

Solo Keys will also be offered with alternative mods as shown in the following table.

*Key opens Lost Halls, but the modified loot is applied to the Cultist Hideout final boss, remaining modifiers apply to both dungeons.

Just like the last time around, you will also find some packs in the shop. Those will grant you a few solo keys!

Our second season of the Battlepass “Hexes and Bones” will start on October 4th at 12PM UTC and will end on December 12th at 12PM UTC. That is also the moment you will no longer be able to earn more BXP for the current season. Unclaimed rewards will still be redeemable up until December 13th at, again, 10AM UTC. Note: Big thank you again to SaturnZCheery (@SaturnZCheery on Twitter) for agreeing to let us use their amazing Art for this season as well.

Feel free to check out all the exclusive BP skins:

We have introduced a little feature for helping our beginner players to learn the game a bit better. For that, we have introduced the Helper Panel, a small widget in the screen that displays information about elements near you.

Helper Panel appears near elements that are mostly essential for a beginner player learning the game. Things like the Realm portals, the different elements inside the Vault, or the early dungeons. While the Helper Panel is not a comprehensive guide on the progression, we believe it’s a step towards a more beginner-friendly progression on the early stages.

Helper Panel is by default enabled. You can make the Helper Panel disappear by pressing the closing button on the panel. If you check “Don’t Show Again” it will be hidden all the time.

You can also re-enable or disable the Helper Panel in the Options menu, under Gameplay/Accessibility.

We have added customizable gravestones to Realm of the Mad God. If you are not aware, there exist 11 different versions of the gravestone you get when your character dies:

You can now customize your gravestones in the Wardrobe, inside your Vault.

You will be able to obtain different Gravestones through direct purchase in the Wardrobe and in-game shop.

In order to select them, you can customize each Tier separately. Go to the tier and pick the gravestone from your collection, click on Select Tier to confirm your selection.

But also, most gravestones belong to a “theme”. So if you click on “Select Theme” the system will auto-equip all the gravestones you have purchased of the same theme as the one you are currently selecting. For example the first themes you are going to see in the Wardrobe with this release are the “Voodoo” Theme, our first available set for players.

The second set that will be visible in the Wardrobe is the “Unity Supporter”, but that one is reserved only for the players that were part of the original Campaign and reached at least Rank 6.

The Unity Gravestones will be soon available in the wardrobe.