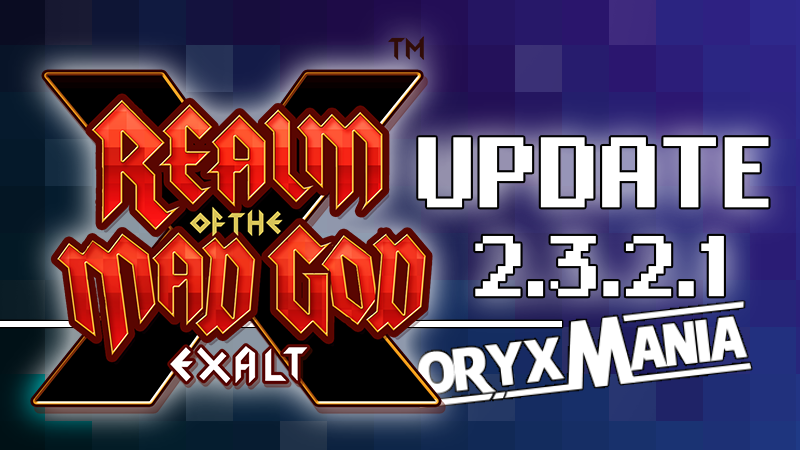 ARE YOU READY TO RUMBLE? Sorry, I always get carried away when the release is wrestling-themed. Yes, I know this is the first time. But to see those Admin Arenas gain a new life after we have been doing monthly streams with them is very satisfying. Ah! And the Nexus is going back to the summer one as the Void Event ends.

In a fit of drunken nostalgia, Oryx is reliving his gladiator days. He has organized a championship for the most feisty fighters among his subordinates. They don’t even have to win – they just have to show that they have gusto worthy of the Mad God. So it’s not those that prevail in the most fights that will win his gladiatorial championship, but those that throw themselves into the most fights! The heroes of the Nexus are the lions of the arena, getting into the gladiatorial spirit themselves and on the quest to defeat the to-be champs.

The Puppet Master, Thessal the Mermaid Goddess, Xolotl the Lightning God and the Calamity Crab are in-character as their gladiatorial personas. A short introduction is in order:

A production manager with more than enough affinity for drama, Mister Backstage is fed up with having the direction of his stories go astray. He is here to pull the strings and make sure the end of his story is the one he envisioned – even if he’s had to trade in his clipboard for a folding chair.

The Deep Sea Diva is out to prove her fighting chops and to find revenge for the humiliating defeat of her brother Alexander by the hands of the Thunderbringer (staged deviously by none other than Backstage!) As a royal, she is used to getting her way by any means necessary, and she does not take defeat well.

The Thunderbringer is a force of nature routinely employed by production to destroy inconvenient gladiators. Coming from a dynasty of fighters, he is more successful than his father and especially his quirky uncle, who seems to prefer drinking cocktails to competition. He is here to prove his work ethic and his incredible skill, and rise above his family’s legacy!

There is no explanation for the Rad Raver. All we know is that he seems to thoroughly enjoy what he is doing. He will show up to the Arena at the most unexpected of times and leave chaos and glowsticks in his wake. Is he a secret weapon deployed by Mister Backstage? An aquatic pet of the Diva’s? Is he a calamity all of his own? He won’t say a thing.

Before the big event starts, you’ll have the chance to start collecting some cool loot right away: from June 21st to June 28th, always at 12 PM UTC, there will be a chance to grab some double white bags from the Realm.

After the Cyclops Gods have been defeated and after the Ent Ancients and Liches have been slain, Keyper will spawn in his role as the Arena Announcer. He is going to drop eight mysterious Arena portals. You will not know which Arena you are entering until you have loaded into it. There are four options.

The bosses from these Arenas will be dropping their usual loot as well as 8×8 action figures pet skins of themselves in costume.

At the end of the event, we will see which gladiators threw themselves into the most fights to win Oryx’s Gusto Prize! The prizes will be announced with the upcoming release notes for the event. Their dungeon will become the host of a generous Chest Event, and they will become celebrated as the theme of a free pack containing a 16×16 pet skin of themselves, as well as many other rewards. Heroes of the Nexus will not be so able to influence the winner, but their job is to beat ’em all up.

In the Ocean Trench, Deadwater Docks, Secluded Thicket and Puppet Master’s Encore, a random Arena portal will drop after defeating the boss. These dungeons also grant 1.5x loot and XP.