Open Testing for an early OryXmas! 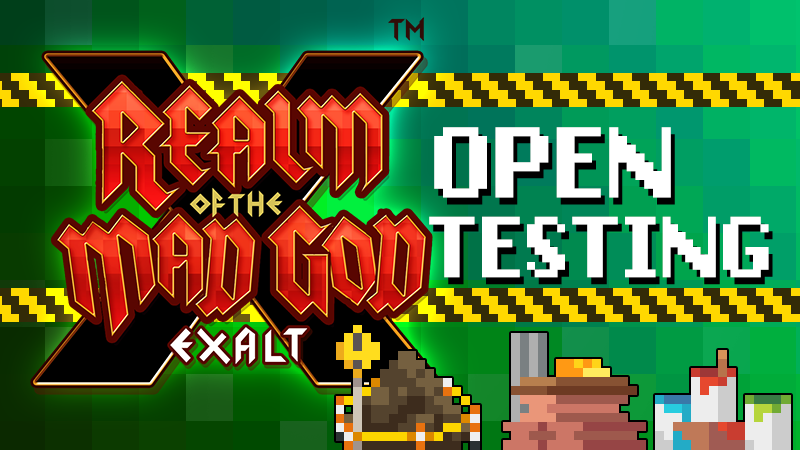 The time is flying and 2021 is soon coming to an end. But that doesn’t mean that testing ends! You were already able to test the Kensei twice – well, it’s time to do it again. Third time’s the charm, right?

But this testing weekend includes more than just our new class! We are working on several features that we want you to test this time around.

This includes changes to the Kensei (You will also be able to test his campaign, a new shop, new dungeon mods, and more!

Another batch of changes was done to Kensei, which will hopefully make it look close to what we are going to release.

On this weekend’s testing, you can see changes to both Tiered Gear and UT’s, anywhere from small tweaks to more substantial changes.

New dungeon modifiers have been added to the game. We’ll explain them extensively at a later point, but please take a look at this recap.

Some Dungeon Mods are restricted to certain groups of dungeons, classified by difficulty. Take a look here:

We are trying to improve the system so we can have more gameplay-affecting Dungeon Mods and more rewarding Dungeon Mods. We think that this batch is a step in that direction. We’ll be waiting for your feedback!

We present you a new challenger from unknown lands: she’s The Wanderer. This optional miniboss will only appear in any S Grade dungeons that get ‘The Wanderer’ Dungeon Mod.

After you defeat the boss, The Wanderer will pop through a portal and challenge you instead of her original target, which you defeated. The duel will be intense, but fair. The Wanderer will adapt her abilities to the dungeon you are in. In Hard dungeons, she will try her best to duel you. If you win, her loot will be yours (but it’ll also depend on how difficult the dungeon you are in is).

The first out of two upcoming Kensei-centric campaigns will be up on the Testing server this weekend. The second one will be coming later during Oryxmas. We are trying a more fair points distribution – the campaign will be easier and you might see some differences in point drops from monsters.

We are happy to say that we can now use Mods for Events in the game and we plan to make the most out of it during Oryxmas! Here is a list of Events you will be able to try during Public Testing:

Skins have new and smoother animations

Since we migrated the game to Unity we’ve been wanting to improve the overall look of the game and now we have prepared some changes for you guys. First and foremost, you have new default skins for each of the classes. The old default skins will now be called Classic Skins and will be available for free in the Wardrobe and Character Creation screen.

A small note: since the last testing session, some tweaks have been made to the new default character sprites that did not make it into the session today. Behold, the future default sprites!

Second, we have introduced Ranks for skins. These can be:

The skins that have been so far in the game will fall in either Basic, Greater, Superior or Paramount Ranks. The big news is that we have added the possibility to have more frames on animations, optional animations for the same animation (example: have more than one attack animation) and idle animation! New skins that will have this feature will either fall into Paramount or Exalted ranks. In the future the skins will display the information of rank.

We want to encourage you to try them. Keep in mind that not all of these are in their last, most polished version, but will be in the official release! You will find a box in the Deals section called “New Skins” with:

You will be able to find these skins on the renovated Shop menu or in the Bazaar. We will give more details about skins distribution on the release day. We have few more surprises, but we are keeping them for Oryxmas release…

New skins that fall into other ranks:

A new collection of skins will be available for the ones who have stayed with us for a long time! On Production, Veterans will be able to get this collection for 2555 Fame. This is our way to thank you for playing Realm for longer than 7 years. Special thanks go to NblankFour for his collection up to Summoner! On Public Testing everyone will be able to play with them:

We renovated the shop and added a new tab just for Skins! We are doing the final touches on it so you will be able to see a list of 416 character skins and 238 Pet Skins. Overall, many changes can still come to the Skins tab. You have a toggle to switch between Character and Pet skins.

2 replies on “Open Testing for an early OryXmas!”