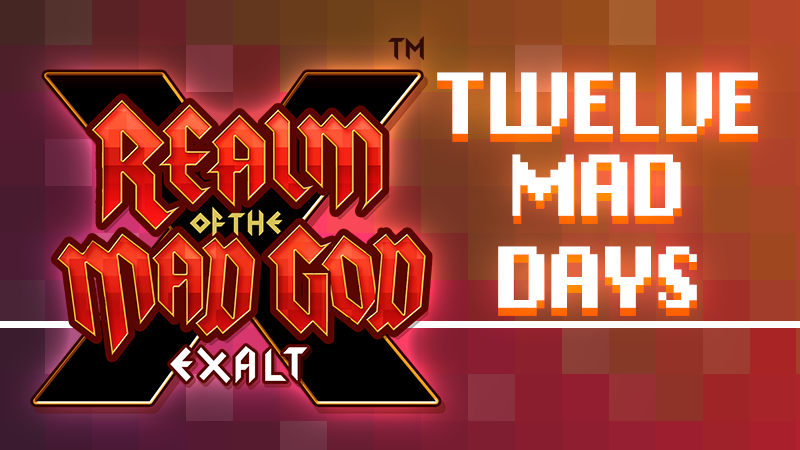 On the first day of Oryxmas the mad king gave to me….

We can see that you have been quite busy since our release, raising your seasonal characters and destroying all in your path to complete the objectives for the “Seasonal Gratitude” Event. We felt it’s appropriate to give you an update on how you are doing. We also have a small new surprise event starting tomorrow.

As you already know you were tasked to complete three separate objectives using a seasonal character:

Objective 3: The Void Entity requires 4675 Points to complete it.

Well, here is your current progress on things.

Oryxmas is right around the corner, but the seasonal spirit starts tomorrow and the Tinkerer has decided to treat you to some daily rewards in exchange for some boss hunting.

In the following 12 days, each day there will be a different quest waiting for you at the Tinkerer, asking you for the mark of a specific boss. Should you want the reward, you will have to quickly hunt down the boss as the quest will only be available for 24 hours.

Here is a list of the quests that await you:

The gift can drop one of  the following items:

Shard of the Advisor x3

Shard of the Advisor x1