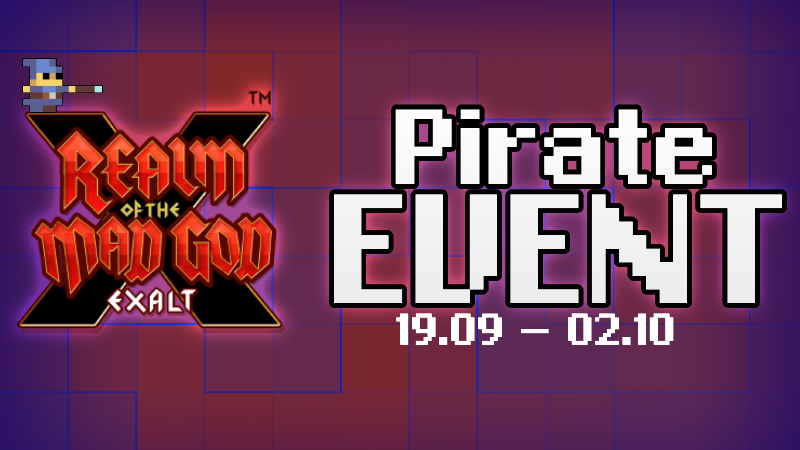 Month of the Mad God is over for 2 weeks now and you were also able to enjoy your time at our Back to School Event.
In order to celebrate “Talk like a Pirate Day,” it is time for you to jump into your Pirate persona and slay the mighty Pirate Captain, Jon Bilgewater and Davy Jones. Did you ever consider just collecting Pirate Hats and Golden Teeth? Well now is the time to steal the Pirate’s Treasure and get yourself rich!

For the duration of the whole event a Chest Event will be held in the Deadwater Docks and Davys Locker. You can find the loot down below.

You will receive 2 Pirate Hats and 2 Golden Teeth from Deadwater Docks and 1 Pirate Hat and 1 Golden Tooth from Davy Jones Locker.