Mods in the Manor and Tomb! 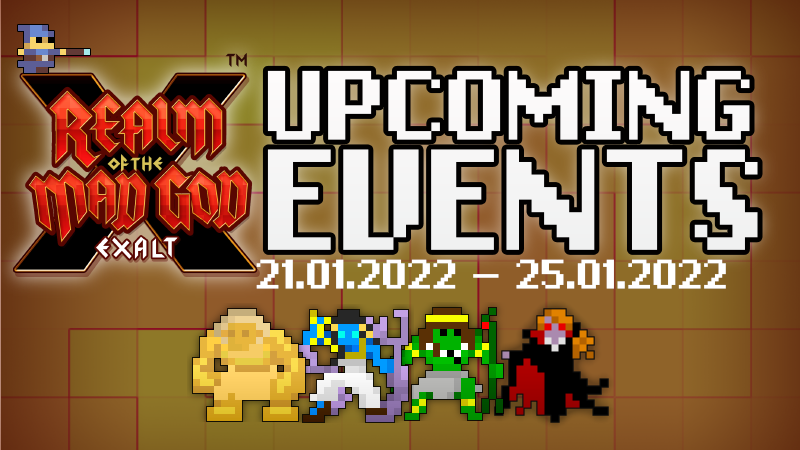 As you know, every Wednesday we are updating you on our upcoming events! It’s that time of the week again. We are going to activate some of our mods in the Manor of the Immortals and the Tomb of the Ancients.

Starting on the 21th at 12PM UTC, you are going to be able to run Manor of the Immortals with the following
Dungeon Modifiers: Souvenir and the Wanderer.
Souvenir 1: Triples your chance of the boss dropping an iconic reward.
Wanderer: An unknown foe will appear after the Boss is defeated. She will drop Tier 3 and 4 Abilities and Rings, Tier 8, 9 and 10 Weapons and Tier 10 and 11 Armors.

Starting on the 21th at 12PM UTC, you are going to be able to run the Tomb of the Ancients with the following Dungeon Modifiers: Found Treasure and Generous.
Found Treasure 2: Treasure rooms will reveal themselves at the start of the dungeon if they exist. Increased drop rate of UTs and STs in the Treasure rooms by x1.25!
Generous: 10% chance to drop a quest chest.