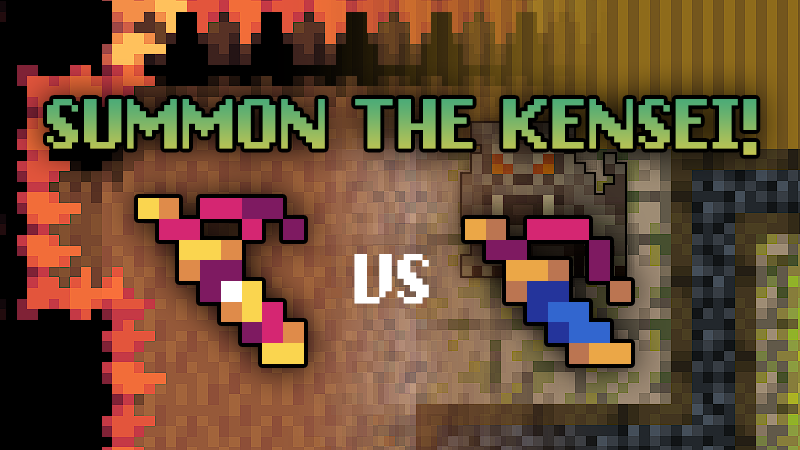 In a temple deep in the Mountains, a school of disciples of the Samurai has been pursuing a path of grace and power. They perform elaborate rituals of war and spirituality, imbuing the Sheaths that house their honed blades with peculiar magic and enhancing both their prowess and their essence as warriors. Each student crafts their Sheath over years of training and journey, making it as much a part of themselves as their blade is. After years of arduous training, a select few of the school can claim the title of Kensei, Sword Saint. Each of them a legend in their own right, these warriors have perfected the art of the blade to a previously unthought-of extent. Thus a Kensei’s power lies between their immaculate control, their sage philosophy, and their magically empowered weapons. They now emerge from their hidden monastery on a quest for honor and justice.

New class, new choose-one community event! This one, like the Kensei, will be more fast and loose. It will be about your choice between two Sheaths, belonging to two powerful entities of the Realm, and how you can get your hands on each. Will you side with the supernatural powers surrounding Daichi’s mystique, or the very palpable forces of nature within the Woodland Labyrinth?

The prizes: Kaiken and the Labyrinth Dweller’s Sheath:

The battle: the winner of this battle will find its place in the first Oryxmas Campaign as a Blueprint, and in one of our Oryxmas Free Packs as a UT. The loser will be in the same campaign as a UT. Do not worry too much though – all UTs will be dropping from Kensei’s release on, and the Blueprints will follow soon after.

How do you fight? From Wednesday, December 8th, until Monday, December 13th, 12 PM UTC you will be able to complete the following identical, repeatable quests:

To avoid bias, keep in mind that doing the Quests will contribute more points to your team than any dungeon complete, and Mountain Temples will weigh a bit more than Woodland Labyrinths.

Each quest completed will be a point toward your team. Yes, you can contribute points towards either this time… if you so desire.

Additionally, each Mountain Temple or Woodland Labyrinth completion will count towards the Kaiken and Labyrinth Dweller teams, respectively.

Channel the Kensei’s power in preparation for the mad dash this Oryxmas!

3 replies on “The Channeling Event”